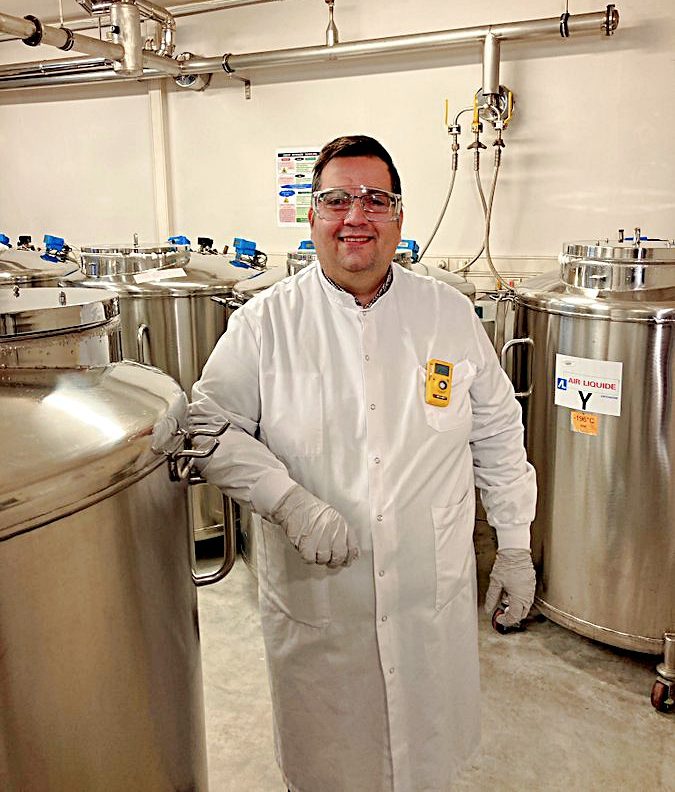 Biobanks — collections of human biological samples, stored in cryogenic facilities — could revolutionize medicine by giving researchers access to population-wide data through which they can study the interplay of genetics and disease.

Governments are vital partners in making these research repositories possible, as they alone have the long-term perspective necessary to justify financial support. Additionally, they are essential in creating the governance framework necessary to ensure public trust in such large-scale data gathering.

While the ask is big — invest now in research that could take decades to pay off — experts say government should see this as a chance to tackle the kinds of diseases which are putting huge and growing strain on healthcare systems in rich and developing countries alike.

“Diseases like cancer and Alzheimer’s disease, which are putting a huge burden on taxpayers, have [biological] signatures which can appear much earlier than disease onset, in people’s forties and fifties,” says Dr. Philip Awadalla, Director and Principal Investigator of the Canadian Partnership for Tomorrow’s Health (CanPath), Canada’s largest population health study. “That’s where investing in these population cohorts can really support governments.”

Partly, this means providing funding over time horizons that are long even by the standards of government cycles, which are typically three-to-five years in the Canadian context, Awadalla explains. Biobanks could take a decade or more to deliver insights that matter. “The value we are seeing in CanPath now is based on baseline data we started collecting back in 2007.”

Governments are also administrative allies, as they preside over the data that researchers need to be able to track outcomes by linking health records with biological samples, for instance. By combining them, Awadalla explains, researchers could identify an individual who was healthy at the time they contributed a sample but later developed a disease, allowing researchers to then look back to see if there were early markers or signatures.

Low-and-middle-income countries have been under-represented in medical research.

The state is also critical to building the regulatory and governance frameworks that foster public trust. That means strong provisions on data security and privacy, to encourage responsible use rather than promote suspicious views about data gathering.

“Our ability to do this work is dependent on the consent of individuals and their trust in terms of protecting data and privacy, but what I’m always surprised by is that the population isn’t always expecting a direct return of results to them. People are doing this charitably; they want to enable research. They want these diseases cured.”

Building biobanks in the global South

Currently, biobank infrastructure is, unsurprisingly, most developed in advanced economies. That is set to shift as low-and-middle income countries start to invest in their own capabilities. “I don’t anticipate huge growth in biobanks in Europe and North America, as we already have a lot of facilities,” says Zisis Kozlakidis, head of laboratory support, biobanking, and services at the World Health Organization. “I can see quite substantial growth in middle-income countries that are putting the infrastructure in place.”

These countries are acting as they are starting to face the twin pressures of rising chronic diseases like cardiovascular disease and Type 2 diabetes alongside the infectious diseases they have long been fighting. “Health research facilities need to be able to respond to both of these pressures.”

Kozlakidis is excited about the trend because many populations and subpopulations in low-and-middle-income countries “have been under-represented in medical research. To a point, that’s because the infrastructure was not there. Now they are developing the infrastructure to do research for themselves in the local context, to answer questions which are important to them.”

Diseases like cancer and Alzheimer’s disease… have [biological] signatures which can appear much earlier than disease onset.

Awadalla, who started his career building population cohort datasets in West Africa, focusing on immune responses to malaria, is excited about the progress he is seeing in the African context. He works as an adviser to H3Africa, a U.S. National Institutes of Health (NIH) and Wellcome Trust-funded initiative. “This project is enabling African researchers to work on African problems with regards health and genetics.”

Awadalla recalls that the infrastructure needed for biobanking has developed over the years. “When I worked in Benin, storing biologic samples was dependent on issues like how much water was in the dam so there was enough hydroelectric power to maintain the freezers,” he explains. Today there is biobanking infrastructure in place across the continent including in Abuja, Cape Town, and Johannesburg.

Further investments are needed to build and sustain these initiatives — especially since some, like H3Africa, are dependent on overseas funding. Zisis says there is a challenge is making the case to governments to invest more resources, time, and personnel.

“In Sub-Saharan Africa we have a number of countries introducing legislation around biological samples and data, so it’s starting to be identified as a worthwhile investment proposition.” But he adds that governments and health agencies are battling many competing priorities and may not see the value of investing in a program that could take a decade to deliver value.

As more people suffer from chronic diseases in these nations and national health systems come under the additional financial pressures that inevitably brings that calculus may change.