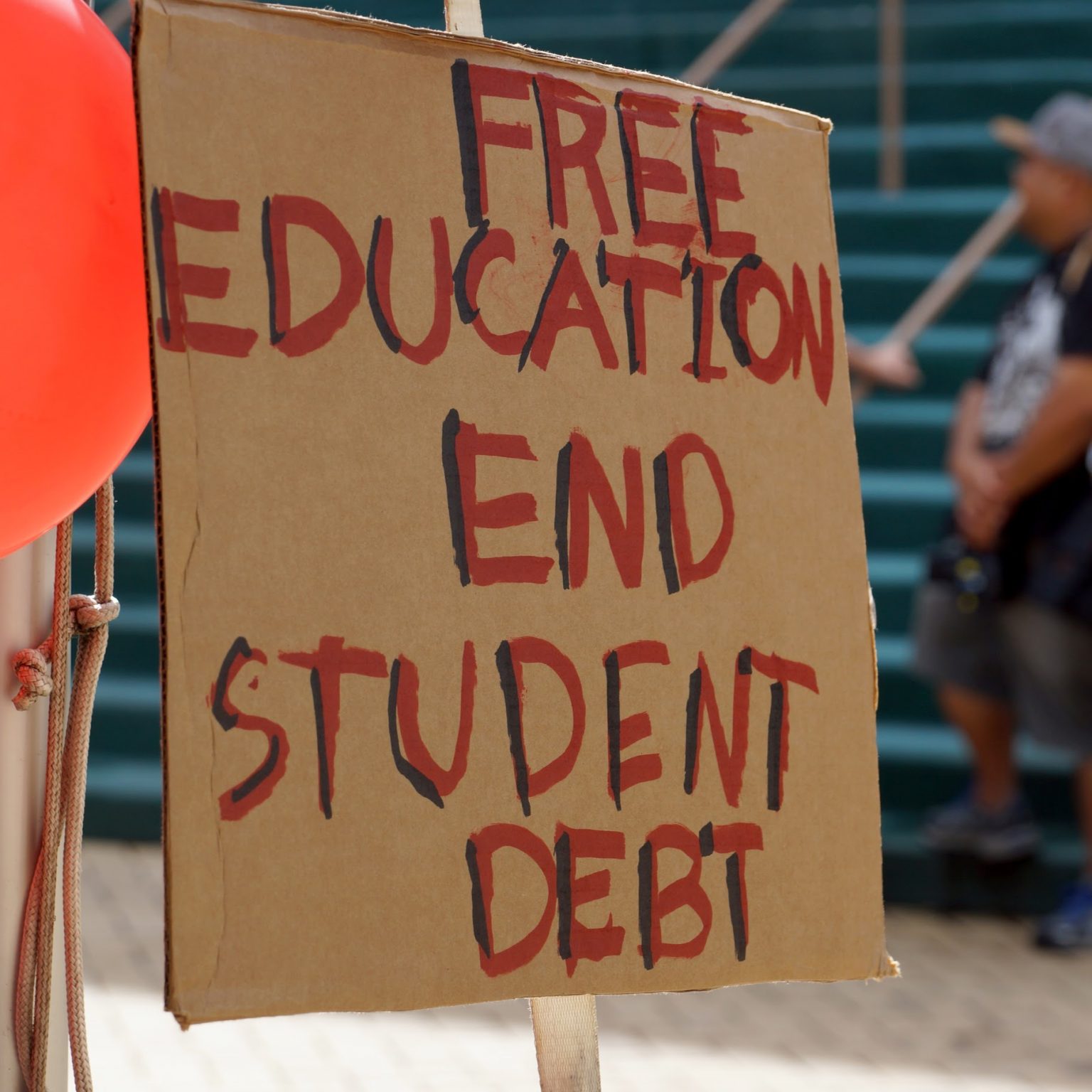 A university education has been an engine of social mobility in the US for close to a century but spiraling student debt is risking a more unequal economy, as underprivileged students struggle to meet the costs of higher education. This creates major barriers for those hoping to go into the non-profit and public sector by limiting young people’s ability to take unpaid internships or low paid early career roles. It also perpetuates inequalities and a lack of representation in these sectors. Activists are working ever more closely with the US government on radical reforms to a broken system.

Natalia Abrams first realized the scale of the student debt crisis during the Occupy Wall Street protests in the wake of the financial crisis of 2007-08, with tuition hikes and state disinvestment a major part of the activist agenda. She recalls “hearing all of these stories and knowing this is what I have to focus on”.

She founded Student Debt Crisis to pursue a multi-pronged approach, from advocating for policy change to improving awareness among students about an often opaque and complex system. Working with and on behalf of borrowers, the group raises awareness about the impact of student debt via petitions, outreach, social media campaigning and meetings with lawmakers. They are now working closely with an administration that appears more committed to radical change than any recent government.

The current US student debt portfolio stands at $1.57 trillion, with 42.9 million Americans owing approximately $36,510 each. This debt is disproportionately falling on women and communities of color, exacerbating existing inequities. “The Higher Education Act by Lyndon Johnson was designed to allow everyone to go to college and for college to be more accessible, specifically for women and people of color. That was a great intention, but what happened, in the modern day, is that those same groups are impacted with student debt,” Abrams tells Driving Change.

Even the most well-intentioned and responsible student loan borrower, no matter what the obstacles are in their life or their personal experience, have a hard time navigating this broken system.

For migrant communities, college is a way of achieving a more financially stable future. “The promise of America is a promise that higher education is your pathway through to social mobility,” says Cody Hounanian, SDC’s Program Director. “My grandparents were Armenian refugees, moved to France, then came to America during World War Two. They didn’t have educational opportunities, so the opportunity to be a first-generation college student was very important for my family.”

Hounanian worries about the inaccessibility of the current framework. “Very few people understand the complicated student loan system, and that’s where we have people falling through the cracks. Even the most well-intentioned and responsible student loan borrower, no matter what the obstacles are in their life or their personal experience, have a hard time navigating this broken system.”

Sabrina Calazans, a recent graduate and advocate for SDC, says student debt is bearing down hard on the Latinx community – her parents came to the US from Brazil. “Loan aversion is one of the biggest deterrents to student loan [in this cohort] because of the fear of putting extra burden on their families,” she tells Driving Change.

Long-term, financial pressure constrains the career choices of graduates to enter professions they studied for. “We’re talking with borrowers all the time that want to go into non-profit work, or intern somewhere before they get into paid work, but they can’t afford to do that,” Natalia explains. Sabrina Calazans experienced this first-hand. “I did an interview with my university and I was offered the job, but I couldn’t accept because the salary was too low, and I wouldn’t have been able to afford rent and pay my student loans”.

Unpaid internships have long been criticized for penalizing poorer students without parental financial support. Their predominance in often cash-strapped sectors such as non-profit and government in effect leads to paradoxical demographic in which only privileged people can work for social change. Diversity on Capitol Hill, argued Vox, starts with paying interns. 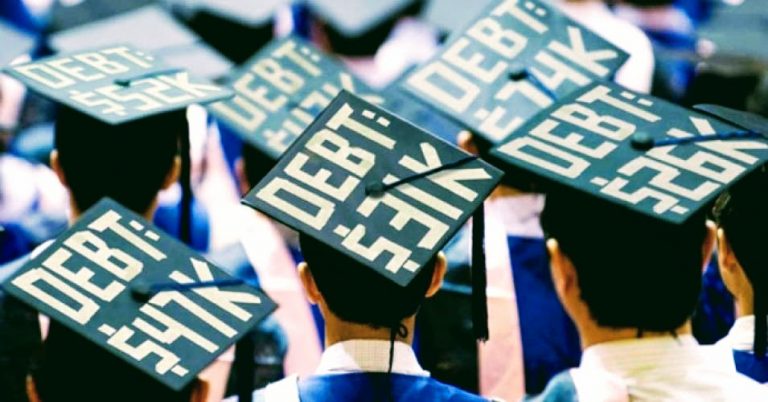 Federal student loan interest has been frozen throughout the pandemic in an attempt to prevent borrowers sliding further into debt. While this has been of assistance, concern is now growing about how individuals will cope once repayments restart at the beginning of October.

“I know that the pause has really helped a lot of people, but that pause is not going to be there forever. I know a lot of people lost their jobs during the pandemic and right now they’re just working fewer hours and making less money so once repayment goes, that that’s going to be an issue” Calazans says.

In Congress, Senators Chuck Schumer and Elizabeth Warren have been fighting to implement a Senate resolution to cancel $50,000 in student loan debt from each student loan borrower. While newly elected Present Joe Biden was previously unwilling to pursue large-scale debt cancellation, in early April he issued a memo in conjunction with the US Department of Justice to explore his legal authority to cancel student debt.

The proposed resolution would shrink the overall total debt to $700 billion, and economic simulations conducted by the Levy Institute in 2017 demonstrated that debt cancellation could add between $86 billion and $108 billion per year to the economy. But SDC acknowledges that this is not enough.

If education is a right and education is so important for us, to improve our quality of life, we have to ask: why is it so hard to access and why is it leaving such a negative impact on people?

“We need to do more to fix the entire system” Natalia Abrams says, discussing the proposed debt cancellation and the pushback this policy has faced, which focusses on those who didn’t take on debt or have paid off their loans already for perceived unfairness. “Progress is always going to leave out people from the past when we create something new”.

Debt reform advocated are clear that the issue is viability, not the principle of student debt.

“We know that we have a responsibility to pay those loans back, but we don’t have the ability to pay them back!” Sabrina explains. SDC is now focussing on a comprehensive approach to combatting the unrivalled burden of student debt repayments in America. “We host workshops, clinics and town halls,” says Hounanian. “When the pandemic started, for instance, the government provided relief on federal student loans. Most people didn’t understand it, so we hosted workshops online and we had more than 15,000 people join us online last year just to learn about their rights and options”.

The stakes are high. Without making college affordable, the engine of social mobility will stall. “If education is a right and education is so important for us, to improve our quality of life, we have to ask: why is it so hard to access and why is it leaving such a negative impact on people?” asks Calazans.

Introducing Driving Change: Made in Africa