Arlyn Andrews Has the Right Stuff in Government for Carbon Tracking

For many, supersonic planes are the purview of boys. Think of Jake Gyllenhaal and his buddies in October Sky. But the sky is not the limit for Arlyn Andrews, who leads the Carbon Cycle Greenhouse Gases group at the National Oceanic and Atmospheric Administration (NOAA). 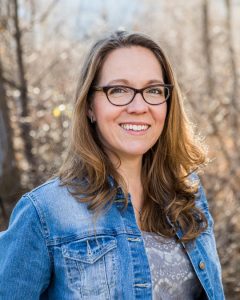 “Women could do whatever men could do,” Andrews remembers of her childhood, calling out her heroes –The Bionic Woman and Wonder Woman. “I never felt like being a girl was a disadvantage, that science was something that I should stay away from. I didn’t feel any limitations.”

Moved by news of a massive ozone hole and the notorious ad featuring a Native American tearing up at the sight of trash on his ancestral lands, this teen from the suburbs of Pennsylvania made addressing airborne pollution her life’s mission. “That [ad] was gut wrenching,” Andrews told Driving Change.

In high school, encouraged by her parents and teachers who noted her talent in chemistry, Andrews pursued the discipline at Allegheny College, adding in environmental science, and then interned at the Oregon Graduate Institute. This took her to the smoky haze of bingo halls where she clandestinely captured air samples to understand the chemical properties of cigarette smoke particles.

We can do things bigger in scale. And we have institutional staying power.

From there it was onto Harvard for graduate studies in atmospheric chemistry. The school flew sensors on NASA research aircraft; Andrews worked on a modified U2 spy plane. “I felt so lucky. Walking into the hangar was like a movie — so out of the realm of anything I ever expected,” Andrews said. She loved the mechanical aspects of working with instrumentation, the wrenches, and the getting up at three in the morning to install the instruments on the aircraft. And the team. “I’ve never, ever since had that kind of focused team effort, so action packed,” she said.

A three-year stint at NASA’s Goddard Space Flight Center followed, where she studied techniques for measuring CO2 and methane from space. “I learned about satellite measurements and mathematical models to understand patterns and make inferences about emissions like removals and interactions between carbon and ecosystems like forests and the ocean,” she explained.

Today, Andrews tracks the amount of carbon and methane that is being added and removed from the atmosphere by analyzing the readings of remote sensors and other instruments on vectors ranging from satellites to cell towers to ships and planes. Her employer, NOAA, is best known for churning out data for weather reports and hurricane warnings, rather than its climate work. 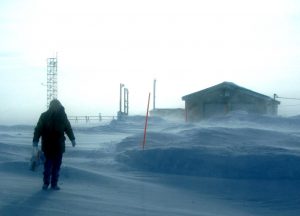 To combat climate change, the world needs independent authorities like NOAA to analyze the complex interplay of forests that absorb carbon and a warming planet, such as melting permafrost in the Arctic. Since the 1950s NOAA has collected atmospheric carbon dioxide data; today it does this from over 50 sites across the globe, with records trailing back to the 1970s.

Andrews likens her team’s work to calculating the global carbon budget, citing “a rapid evolution of measurement infrastructure, data analysis, tools like sensors for satellites and capabilities,” plus NASA’s Orbiting Carbon Observatory. “Some amazing new satellite capabilities come from the private sector,” Andrews gushed. “The GHG sat, for example, can see individual plumes, can detect leaks from an oil and gas facility, so that they can immediately be addressed. Before, leaks would have gone undetected.” Satellites can also spot methane over landfills, manure ponds, or hog farms. Sensor-laden planes, by contrast, more accurately measure carbon emissions, real-time, as they fly closer to the earth.

Such information is highly valued, she says, by cities evaluating the effectiveness of their greenhouse gas emissions policies or those in government tracking the “Global Stocktake“. “Good information minimizes the economic and other consequences of climate change. To understand what the climate might look like 50 or 100 years from now, you have to understand the carbon cycle,” she explained.

What’s next? Today, NOAA is expanding how it measures emissions to improve accuracy and grow its coverage. For example, drones that are launched from Ascension Island, a tiny volcanic island midway between Brazil and Africa, can measure outflows from Africa.

Walking into the hangar was like a movie – so out of the realm of anything I ever expected.

NOAA is also globally connecting these devices so the path of emissions can be traced and cut at source. Already, NOAA swaps data with Mexico and Canada through the environmental components of NAFTA. It also shares information with peer agencies in Europe and Japan.

As she looks to the future, Andrews has set her sights on data sets, services, and products for industries and economies keen to track, cut, and report on their carbon footprints.

With highly coveted data scientist skills, Andrews could easily have pursued academic research or named her price in industry. Why did she choose to go into the government? And what might she tell aspiring public servants?

“I’ve had so many unique opportunities, exposure to scientists, across all disciplines, and engagement with international colleagues — and keep learning. I have really been supported by NASA and by NOAA. They promote young scientists and are very committed to diversity, equity and inclusion,” she advised.

Good information minimizes the economic and other consequences of climate change.

Additionally, Andrews can access grants and help from a wider range of sources than she could if she had gone into academia. “We can do things bigger in scale. And we have institutional staying power. We can take the research and translate into actionable information, into data services and products. For me, that’s a really good place to be,” she said.

“Sometimes progress seems really slow,” Andrews reflected. “But looking back, a lot of things have emerged. That’s laid the groundwork for us to transition from something very exploratory to providing data services and products to help strengthen the scientific process that underlies international agreements like the Paris Agreement. How can such efforts succeed if the fundamental understanding of the natural process is lacking? We need the data to see the extent to which we’re keeping track — and to find surprises.

“What I like about what I do is it’s where the rubber hits the road,” Andrews continued. “If the [current federal budget] passes, we will be able to extend our measurements significantly. We’re trying to build the global greenhouse observing system, in partnership with other nations, and to collect data for a solid basis for climate change-related decision making. That’s a huge responsibility. But we have great methods, and our people are so dedicated, so meticulous, so inventive. The observations really are foundational. It’s where I can contribute the most.”