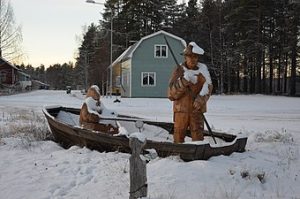 In a small village in Swedish Lapland, the snow still lies thick on the ground in late April and a nearby lake remains covered by a thin layer of ice. But two of Vuollerim’s residents explain that spring can arrive in a matter of days and should appear sometime in May. This remote village close to the Arctic Circle is one of 21 rural communities that are part of the Smart Rural 21 project. Funded by the European Union (EU), this two-year project is part of a wider effort to address rural depopulation in Europe.

Depopulation of rural areas is a global problem. Although roughly 80% of Europe’s territory is designated as rural, only a third of its population, 137 million people, live in a rural area. Many in these communities face a decrease in services because of their shrinking populations and share a sense of being left behind. 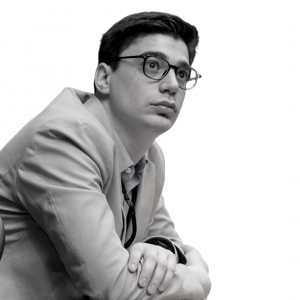 Alessandro da Rold, Secretary General of the European Smart Village Forum, grew up in a remote mountain village in Northern Italy. He understands both the challenges and the benefits of rural life and has worked to increase awareness of and investment in Europe’s rural development. “At the European Parliament level, there has been a big push to highlight the importance of rural areas, particularly in the last five years.”

One of the things we want to do is shift the focus from pure agriculture to other things. Agriculture is important but it’s not the sole purpose of rural areas, even for farmers.

The EU has already earmarked almost 4.3 billion euros for rural development. The EU Commission’s 2040 Rural Vision is a key part of its green and digital transitions. The European Network for Rural Development has been set up as a hub for all projects and initiatives designed to reimagine rural life. The Smart Village Forum is one such project.

Comprised of a group of high-level politicians, the Smart Village Forum is designed to spark debate and bridge the gap between business and politics in rural development. Da Rold describes himself as “a networker on steroids” whose goal is “to bring the right people to the right table, together”. This includes regional and local politicians and government officials for what he describes as “a bottom-up approach”.

The ideal Smart Village will use a variety of technologies, including AI, 5G, and 6G networks. These will facilitate smart waste management systems, drones to assist farmers, even remote surgery. “If you have an accident in the area where I grew up, and you need brain surgery, for example, there is only one way this can happen, a helicopter is needed to rescue the patient,” says da Rold.

“One of the things we want to do is shift the focus from pure agriculture to other things,” says da Rold. “Agriculture is important but it’s not the sole purpose of rural areas, even for farmers.”

Vuollerim, a village of approximately 800 people that lies at the intersection of the Great and Small Lula Rivers, is an example of a village that has successfully diversified. 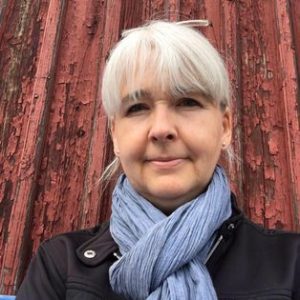 Home to approximately 60 businesses and 40 non-profit organizations, Vuollerim has gained international recognition for finding innovative ways to slow the movement of its young to urban areas and to attract newcomers to the village. “Historically, it is a very entrepreneurial area – people are used to rolling up their sleeves and digging in to do the things that are needed,” says Louise K. Larsson, chair of a nonprofit organization, Bidra, that is based in Vuollerim.

Over the past several decades, many have left Vuollerim. Larsson still remembers the many empty shops, restaurants, and hotels there when she and her family arrived in 2003. Anki Lundström, vice president of VIVA Visions, who was born and raised in the village, recalls how many, including her father, “lost faith” that these businesses would ever return.

Things started to change in 1999 when the local hardware shop was about to close. A group of villagers decided to take action to save the store. They formed an economic association and in no time had over 100 members who each committed to invest a small amount in the ailing hardware business.

This model would become what Lundström describes as “the embryo” of what is known as a Bygdebolag in Swedish. This is a limited liability company that reinvests all its profits into the local community. The concept has gained growing momentum in Sweden and has been hailed as an innovative new method for rural development.

The first such “official” Bygdebolag was called VIVA and began in 2006. That was the year Vuollerim’s residents created a limited liability company that everyone could invest in, but which would not pay dividends to individual stakeholders. Instead, all profits were to be invested in projects that were in the best interests of the village. “The dividend for the investors,” explains Lundström with a smile, “is the joy they get from contributing to something for which they know no one will pocket the money.”

In 2009, a group of villagers got together to save a school for 6th to 9th graders. 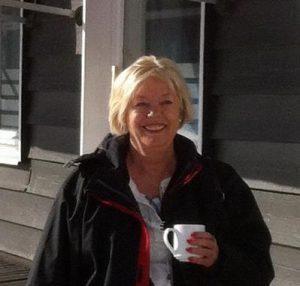 The Vuollerim Gard also created a farming initiative/Bygdebolag that has become very successful and is working to save the endangered mountain cow through sales of milk, cheese, and meat products.

Both Lundström and Larsson agree that this innovative approach to sustainable community building has helped slow the flow of people leaving their village. Indeed, they are seeing a gradual but noticeable increase in their populations.

“Vuollerim is so much more than the Bygdebolag, but we must admit that it is because of the Bygdebolag that the spotlight is now shining on our village” says Lundström.

The success of Vuollerim – including their BOLD Award for social impact — has inspired other villages in the Smart Rural 21 project to consider this approach.