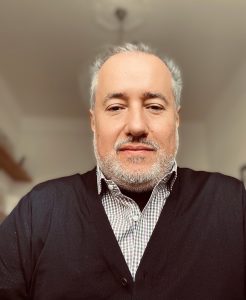 Alvaro is Co-Founder of Driving Change. After graduating first in his class from Law School in Venezuela, Alvaro obtained a Master’s degree in Economic Policy Management from New York’s Columbia University. Alvaro dedicated the first decade of his professional life to the public sector: from 1990 to 1994 he worked for the Venezuelan government on international trade, antitrust and financial markets reform and from 1995 to 2000 he worked for the World Bank (Washington, DC) on projects related to financial sector reform in Armenia, privatization  in Bolivia and Supreme Court reform in Venezuela.

In 2000, Alvaro moved to New York City to start the investment advisory firm BlueSentinel. Through this practice, Alvaro and his team have managed the acquisition, turn-around and sale of multiple companies in the U.S., Europe and South America.

Alvaro co-founded Driving Change concerned that the new reality is making it less and less attractive for young talent to join public service either as politicians or officials. Hence, he believes that the private sector must urgently invest to pave the way for a renaissance era in which the brightest minds are honored to work for the public good.