Alba Barrio Martin is Mayor for a New Rural Generation 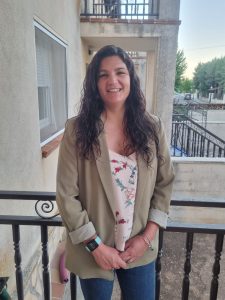 Alba Barrio Martin grew up in a village of 90 inhabitants in the province of Segovia, Spain. Her father was mayor of the village of Grajera for many years before Barrio took his place at age 25. “My father always taught us that this is the best place one can be – once you leave, you’ll soon realize it,” she smiles.

For many living in rural Spain, shrinking villages, deserted houses, and dwindling public services are a fact of life. And for many young people, the dream is to leave and head to the big cities of Madrid or Barcelona in search of a better life.

But once Barrio had finished her studies in Madrid, she returned to Grajera. Many of her city friends asked if she was crazy when she told them she was moving back to Grajera. Yet her siblings did the same as did roughly half of the people she grew up with. “We have grown up with the idea that one can live and develop, both personally and professionally, in a village just as well as in the city,” she says.

For me the best thing about being mayor is working each and every day for the future of our village.

The average age of Grajera’s inhabitants is just 38 and Barrio says she can count the number of the village’s pensioners on one hand. Millennials like herself are well suited to rural life, believes the young mayor, because they know how to use the digital technologies now available to them and because of their higher levels of education.

Since her childhood, the population of the village has swelled to approximately 250 inhabitants. During a six month period last year, Grajera welcomed thirty newcomers – half of them moved to the village with the help of an initiative called Project Arraigo. Founded by agricultural engineer Enrique Martínez Pomar, the project works with urban dwellers who want to start a new life in the country. They currently have 9,000 families across Spain in their database who have expressed interest in making the move.

“Living in the countryside is not for everyone,” admits Barrio. “Some say rural life is isolated, lacking in culture and opportunities for leisure activities – but some say the same about Madrid!” she laughs. It’s a question of priorities. For the young mayor, raising her children in the countryside is particularly important.

She also believes in giving back to her community. For her, being a mayor is first and foremost about service. Before becoming mayor, she served on the village’s cultural committee for more than a decade. Many of her contemporaries who worked with her there now serve on the town council. A dedication to serve and help others is what unites them. “For me the best thing about being mayor is working each and every day for the future of our village.”

Barrio, who holds an office job along with her mayoral role, does not see herself as a politician in the traditional sense of the word. However she admits that politics still exists, even in this small village. There are struggles with opposing forces within the town council – those who are less eager to embrace change and those who are pushing for it. 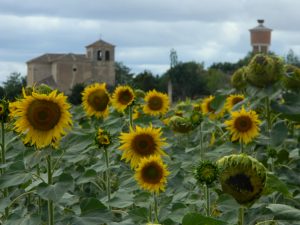 “There are many things which I am unable to organize for the village,” she explains. “I can’t, for example, bring a Corte Ingles (large Spanish department store) to our town,” she jokes. “But I can do many other things that make a difference.”

One of the projects she is proudest of is her effort to bring high quality fiber-optic internet access to Grajera. It took the best part of six years and a lot of negotiation with large telecom companies such as Telefonica and Vodafone. Cost was an issue. But working with the county council to access the Corporate Social Responsibility programs of these large companies, she found solutions.

Good internet access has helped improve services including health and allowed many to work remotely during Covid. “The pandemic was a real test of strength for our fiber optic network,” admits the young mayor, “but it passed!” Now it has a stronger network, Grajera has been able to  take its first step toward becoming a smart village.

While it has a way to go to reach the status of an ideal smart village with AI, 5G, and 6G networks, it sees the potential benefits. These can include smart waste management systems, drones to assist farmers, even remote surgery. Millions of euros have been earmarked for rural development by the European Union, which is looking to create more smart villages in remote rural areas.

Some say rural life is isolated, lacking in culture and opportunities for leisure activities – but some say the same about Madrid!

Barrio understands that there is increased investment at both national and European level into rural areas like hers. She also acknowledges the importance of working together with a network of small villages in order to gather the necessary funding and resources for smaller projects like a public swimming pool or sports center. For example, there is one school, primary and secondary, for the whole region and a single medical center. A doctor or nurse will visit Grajera once or twice a week for emergencies.

Access to schools and healthcare are important factors in people’s decision to move to a small village like Grajera. Once in Grajera, Barrio says newcomers generally settle in well. Today, there are 17 different nationalities represented in the village, with newcomers arriving from Portugal, Romania, Morocco, and Peru. For the mayor, the goal is to maintain the population around 250 people.

For this young mayor, rural villages such as hers are entering “their golden age.” The combined effects of the pandemic, urban population explosion, and the increasing availability of digital technologies means that the countryside has a lot to offer young people and families.

“Don’t be put off by stereotypes and the fears sometimes associated with living in the countryside,” she advises. Young people like herself need to rouse themselves and get involved. “In the village, one can live, work, find a partner – everything!” enthuses Barrio.

Escalators Made the Difference to Medellin’s Comuna 13