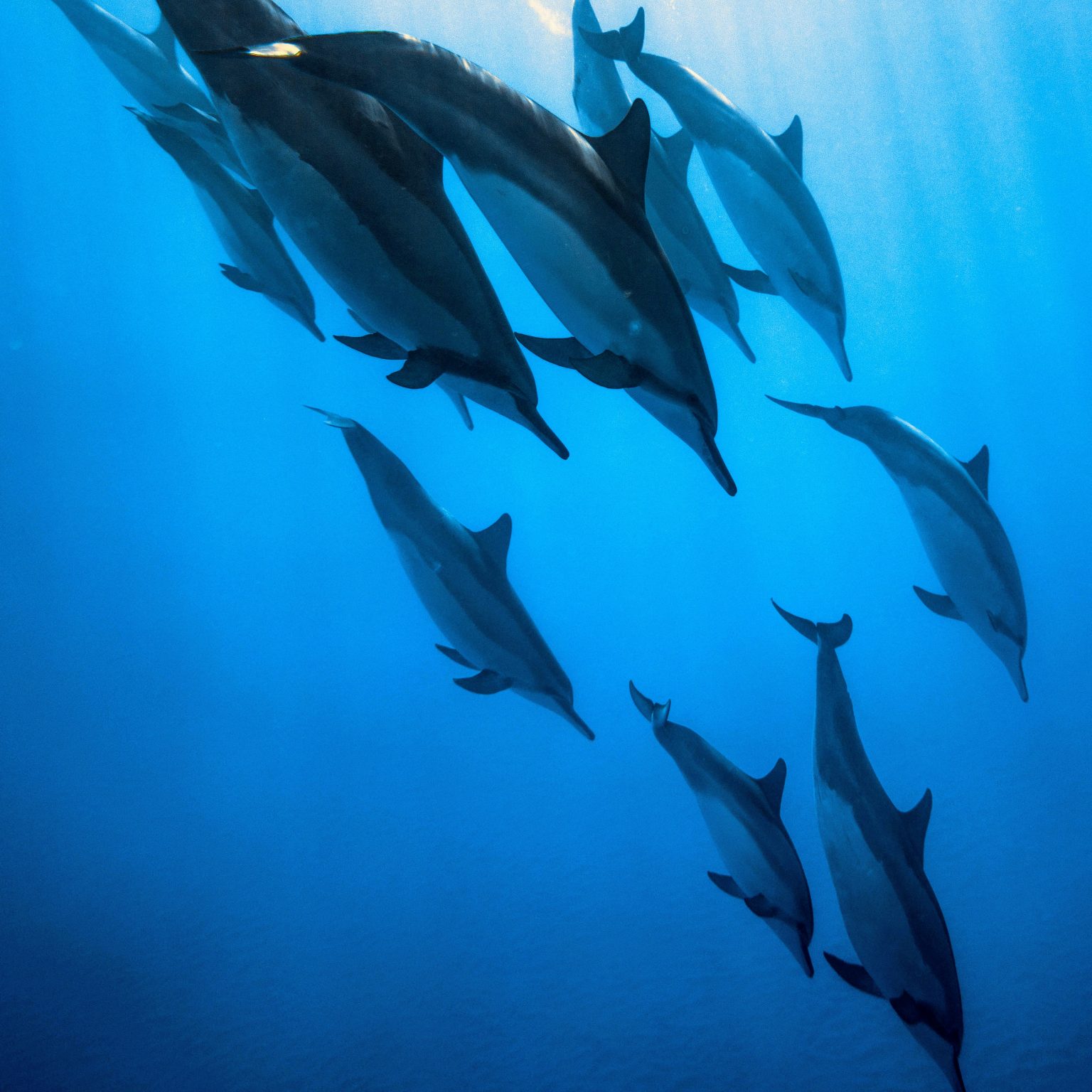 Amid the clamor for urgent change to protect the world’s oceans from pollution, plastics, and industry, there’s been surprisingly little noise about the damage sound pollution can do to marine ecology.

However, this is changing due to the actions of a dedicated cadre of academics and campaign groups. This month (July 2021), photographer Daphne Wong released the film “Sea of Noise,” capturing the effect of sounds from high-speed ferries and other vessels on Chinese white-water dolphins, whose recorded numbers in Hong Kong waters have fallen from 188 in 2003 to 52 today.

The film shows how sound is vital for cetaceans, which rely on it in their “echolocation”, a complex system of soundwaves made up of clicks and whistles that helps them hunt, navigate, and communicate. Ocean noise muffles the mammals’ own sounds, handicapping them to the extent that stocks become depleted. “People say: Why don’t the dolphins just move to another area,” Wong told the South China Morning Post. “But they chose that spot for a reason, including it being a reliable food source.”

According to Swiss non-profit organization OceanCare, noise pollution can also disrupt other sea creatures’ mating, fishing, and care for offspring, as well as cause them to abandon habitats.

In 2018, University of Maryland researchers using microphones on the floor of the Atlantic Ocean found that ocean noise causes dolphins to simplify their signals. This year, scientists at Saudi Arabia’s King Abdullah University reported negative impacts on oceans soundscapes from shipping and construction noise as well as sonar and seismic surveys.

Noise is an invisible polluter. It’s not really taken into consideration as much as other pollutants.

Stress caused by excessive noise can be fatal for whales and dolphins and can also hinder their reproduction, disrupt breeding, and change behavioral and migratory patterns, while sonar can cause whale lungs and ears to hemorrhage.

Evidence that noise can damage organs used to orient octopus and squid, which lack traditional structures for hearing, also led a team of Spanish and French scientists to investigate the effect of noise on organs in marine plants.

Studying organs on posidonia oceanica seagrass which store energy and detect gravity, they found that these organs are destroyed, threatening the existence of the species, when a plant is exposed to 157 decibels of underwater noise – equivalent to something between a bass drum and a subway train. Michel André, a biotechnology engineer at Barcelona’s Technical University of Catalonia who led the project, set up the first European research laboratory focused on studying marine noise pollution and has helped create 150 acoustic observatories globally using artificial intelligence technology through his Sense of Silence Foundation.

He says that, as well as affecting large mammals, excessive noise can have long-term effects on coral reefs, invertebrates, and the smallest of plants, which suffer from noise more than fish because they can’t uproot and leave whenever it becomes excessive. “Noise is an invisible polluter,” he recently told Superyacht News. “It’s not really taken into consideration as much as other pollutants.”

Yet, undersea pollution continues to increase in a manner that Australian marine biologist Dr Sylvia Earle describes as “death of a thousand cuts”. 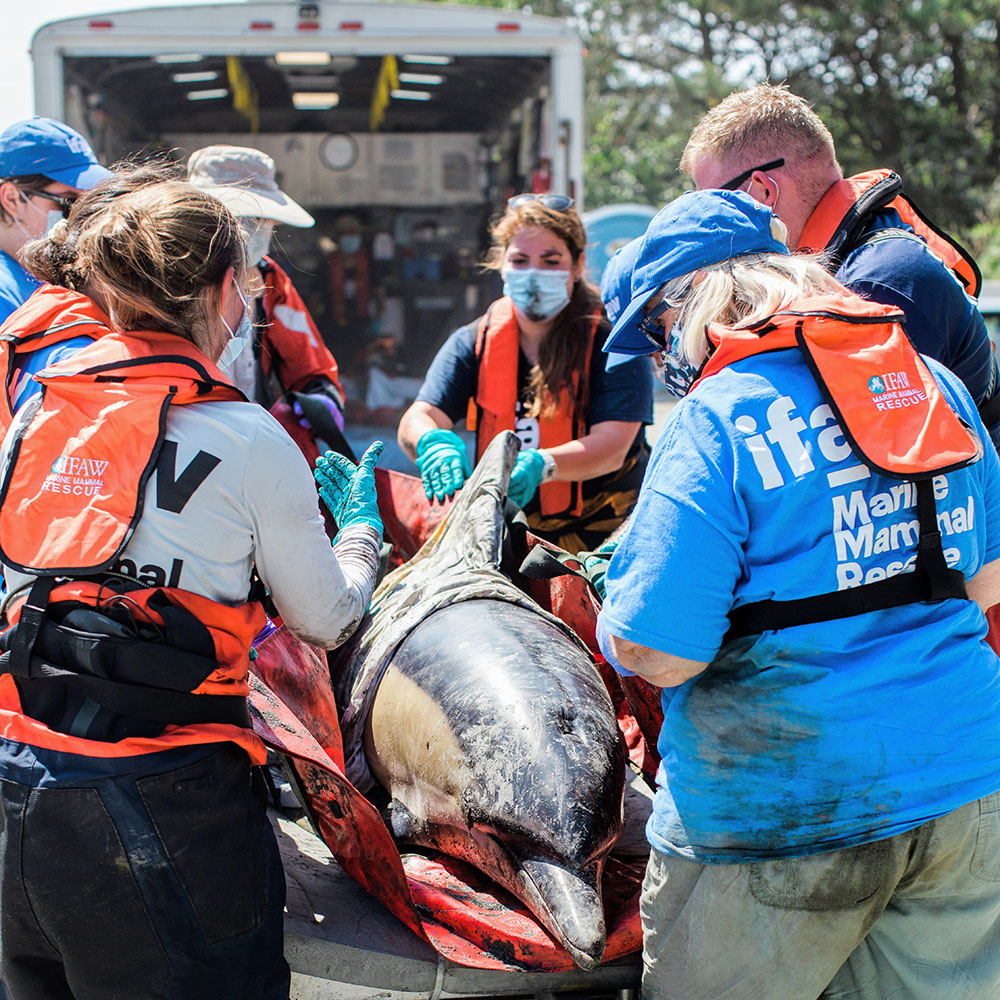 According to Jean-Baptiste Jouffray, an ocean sustainability researcher at Sweden’s Stockholm University, nearly one million kilometers of fiber optic cables have been laid on the seabed since 2000 and now carry 99% of the world’s international telecommunications, while the annual volume of cargo transported by container shipping has quadrupled over the last two decades.

Most major discoveries of oil and gas deposits in recent years have occurred offshore in recent years, while oceans are also seen as a new frontier for renewable energy, with offshore wind capacity increasing 400-fold since 2000.

Since the first deep sea mining license was granted in 2001, an area of ocean floor-equivalent the size of Peru has been leased for exploratory deep-sea mining.

A Canadian study published in May showed that increased shipping traffic had resulted in a doubling of underwater noise in parts of the Arctic Ocean between 2013-19.

However, campaigners face an uphill battle to legislate protection. Protocols to identify acoustic trauma as the cause of deaths of animals are non-existent in many countries, while most also do not have laws governing underwater noise pollution caused by underwater drilling.

The hope is that once research builds a complete picture of the extent of the problem, policymakers will have to act. Ocean scientists have been using the unique moment of quiet caused by COVID-19 to stage a global listening experiment, with 200 ocean hydrophones measuring how the reduction of noise affects marine life.

Professor Peter Tyack of Scotland’s University of St Andrews says once accurate metrics are established, it will be “relatively easy” to turn down the volume through measures such as moving ships away from sensitive areas and legislating for speed reduction, as well as developing better vessel designs and utilizing low-noise technologies.

Once accurate metrics are established, it will be “relatively easy” to turn down the volume.

“There are many sounds already available in the oceans, which can be identified and linked to specific processes, like the melting of ice or the impacts of shipping or offshore structures,” he says.

However, progress on other marine matters is hardly encouraging, with Rili Djohani, executive director of the Coral Triangle Center, a marine biodiversity conservation foundation in Bali, Indonesia, noting that progress to achieve United Nations Sustainable Development Goal (SDG) 14, related to ocean sustainability, is less advanced than for any of the other 16 SDGs.

She believes business has a major role to play in partnering with charities and governments to solve the problem. Expect to hear a great deal more about ocean noise pollution in the years ahead.