A Unique ID For Every Citizen: Q&A With Tariq Malik 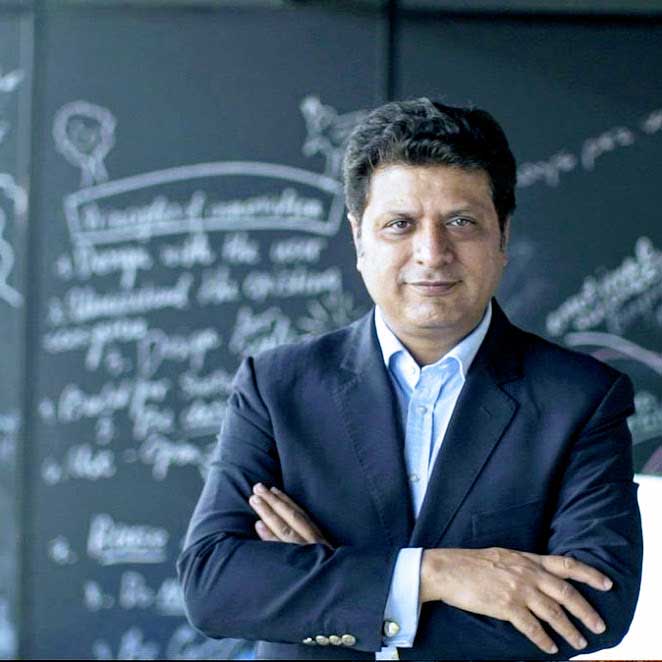 Official IDs are controversial. Libertarians often see them as an expression of a Big Brother state. Yet the lack of an official ID often in effect excludes disadvantaged citizens from participating fully in society. It can impede their ability to vote, open bank accounts, purchase assets, apply for jobs and access government welfare.

Innovations in biometric technology offer the ability to extend digital forms of ID to many millions of people around the world, widening political participation and cutting corruption – provided the right protections of personal data are in place.

Tariq Malik joined the UN Development Program as chief technical adviser in 2017, where he focuses on digital governance solutions for low and middle-income countries. He brings to the role the experience of working for six years at Pakistan’s National Database and Registration Authority, where he played an instrumental role in building the country’s first digital identity system.

Born in Pakistan, Tariq Malik followed a path well-trodden by talented computer engineers from the developing world – leaving first to Europe and then the US to study and pursue a better livelihood in the private sector. But his true passion was to apply technology to improving society, a calling that would lead him to spearhead one of the largest citizen technology projects in the world.

He began working in public service in Wayne County, Michigan, where he focused on applying automation to public services like law enforcement, property taxes and healthcare. While in the US, Malik met Benazir Bhutto, twice Pakistan’s prime minister prior to her assassination. She knew the benefits technology could bring to her homeland, where she was preparing to run in the 2008 election. “We started meeting regularly, became friends, and she became my mentor,” Malik tells Driving Change.

Malik told Bhutto that technology could play a role in helping realise her dream of a prosperous Pakistan. “I said ‘if you want to get there in five years, digital transformation can get you there in half the time”. Bhutto’s desire, he says, “was for the people to know they could count on her. I said ‘you want them to count on you, but have you counted them? Do you know how many men and women there are, where they live, their priorities?’ All of her goals – resilience, empowerment, poverty eradication – depend on a social contract and what links the state and its people is identification.”

They began working together on development programs anchored in a national identification scheme, something Pakistani policy makers had long sought but which remained elusive. Benazir’s father, Zulfikar Ali Bhutto, had established the country’s first registration office in 1973 through a constitutional amendment stipulating that every person should have a state-issued ID. But the process was onerous, relying on door-to-door registration services, manual thumbprints and paper-based processes. The collaboration with Malik was brutally cut short in 2007 when Bhutto was killed leaving a rally of the Pakistan People’s Party in Rawalpindi. She was fired on by an attacker, shortly after which a bomb exploded killing 20 people. Malik had been travelling with Bhutto as her election observer.

Reviewing the trove of emails and other correspondence with Bhutto, Malik eventually applied to work at Pakistan’s National Database and Registration Authority (NADRA), the agency responsible for registering citizens, where he worked first as Head of Technology and later became Chairman. By applying the latest data, biometrics and automation technology, he took NADRA’s mission forward – and it became an important pioneer of digital identification, including for its success in increasing ID registration for traditionally under-registered communities included tribal groups, transgender populations and women. Registration grew from 54m in 2008 to 98m in 2014, with a larger increase among women (up by 104% compared to 65% for men). NADRA used multiple tactics to overcome entrenched societal norms that limited women’s autonomy and mobility, including establishing women-only registration centres.

The system provided the backbone for issuing smart cards and disaster relief cash transfers after severe flash floods in 2010 that affected around 20m people. At this time some 700,000 ID cards were issued, free of cost, bringing many people into the registration system for the first time.

The database also enabled the government to clean up the national voter list, which according to Malik had included an extraordinary number of invalid or fraudulent entries. “Out of 80m people, 37m entries were invalid, we found. One voter had registered 23 times”. They also identified around 3m people from minority groups who had been missing from the rolls: 1.3m Hindus and 1.2m Christians as well as other groups, including Jews. This meant religious parties had to start competing for their votes. “Minorities can change elections,” says Malik.

The system was financially sustained in part by fees for expedited services and charges for banks using it to authenticate individuals when opening an account.

This disruptive power of this new tech-driven approach soon got noticed by powerful political and economic forces in Pakistan who felt that their interests were not served by the scheme, including a variety of rent-seekers and tax evaders. Malik faced threats to himself and his family, attempts at bribery and other obstructions, but refused to compromise. The Nawaz Sharif government abruptly terminated his contract in 2013, only to be overruled by the Islamabad High Court. On his return to work, elements within government then made it impossible for him to do his job. “I said ‘I will go, if you don’t like me, I can leave. But don’t destroy these systems and all we’ve done’”.

Pakistan’s loss has been the gain of many other countries he has since helped support in his different roles at international institutions. In 2016 he joined the World Bank’s ID4D (identity for development) initiative, which is today helping 43 countries assemble digital identity systems. In 2017, he joined the UNDP, as Chief Technical Advisor where he sought to bring lessons learned in Pakistan to Malawi. 10 million Malawians were registered with their biometric attributes and issued smart IDs in record time.

In New York, he now works closely with the leadership of the UN Development Program, advising on digital governance. This initiative is linked to the UN Sustainable Development Goals (SDGs), including SDG 9, which includes an explicit target to give all citizens a right to a legal ID by 2030. “More than 1 billion people lack a digital ID or legal ID,” says Malik. “They are not counted in poverty alleviation, in health benefits. If they are invisible, how can you reach those people?”