75 Pivotal Public Policies: The Montreal Protocol On The Ozone Layer 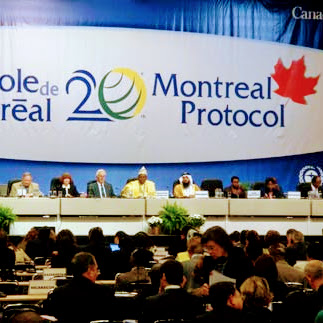 An international treaty under the UN, initially signed by 46 nations and taking effect in 1989, the Montreal Protocol On Substances That Deplete The Ozone Layer aimed to protect the ozone layer by requiring the phasing out of production of numerous substances responsible for its depletion.

It has since been ratified by 196 countries, resulting in an estimated 98% reduction in the production of ozone depleting substances. By 2019, the ozone hole above Antarctica was the smallest since it was first discovered.

The Montreal Protocol is estimated to have saved 2m people a year from getting skin cancer, among other achievements. It is arguably the only international emissions agreement to have worked, partly because of its precise, narrow focus.