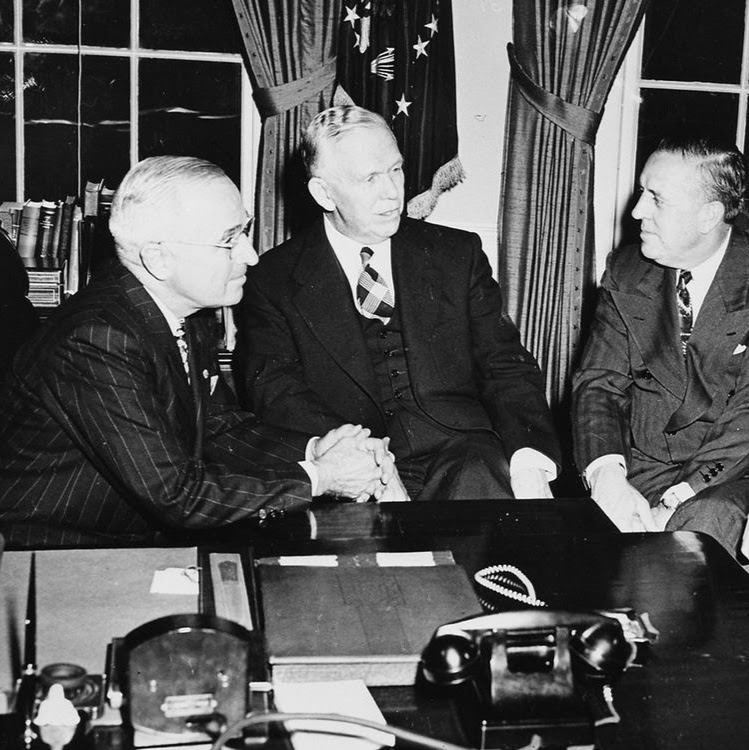 The European Recovery Program was an American initiative signed by President Harry Truman which granted $17bn in aid to 18 Western European nations after the Second World War in 1948. It was dubbed The Marshall Plan after US Secretary of State General George Marshall spoke of an urgent need to help the European recovery in an address at Harvard University.

Replacing an earlier proposal by Treasury Secretary Henry Morgenthau for a “Morgenthau Plan,” it operated until 1952, with the stated goals of rebuilding war-torn regions, removing trade barriers, modernising industry, improving European productivity and preventing the spread of communism.

The UK was the largest recipient of money under the scheme, ahead of France and West Germany. Similar programmes were provided by the US to parts of Asia, but these were not formally in the Marshall Plan, which required participating countries to reduce inter-state barriers and drop many regulations.

The Soviet Union was offered the chance to participate but refused, also blocking benefits from flowing to Eastern Bloc nations such as Poland and Hungary. Instead, the USSR developed its own alternative version, known as the Molotov Plan.

Widely credited with encouraging an increase in productivity and the adoption of modern business practices in Britain and Europe, The Marshall Plan’s role in the post-war recovery nonetheless still arouses much debate. Its aid only accounted for 3% of the combined income of recipient nations. However, the years of its operation saw the fastest period of growth in European history, setting the stage for an unprecedented two decades of dramatic improvements in living standards. That is why, when arguing for massive financial assistance to help a struggling economy, politicians will still call for a “new Marshall Plan”.