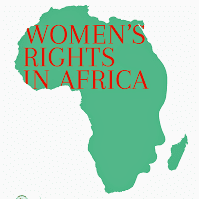 The Maputo Protocol is formally known as the Protocol to the African Charter on Human and People’s Rights on the Rights of Women in Africa. A significant moment in the empowerment of women in Africa, which has generally been a laggard in delivering this fundamental equality, it was adopted by the African Union at a summit in Maputo, Mozambique in 2003, taking effect two years later.

The protocol guarantees comprehensive rights to women, including social and political equality with men, the right to take part in political processes, improved autonomy in reproductive health decisions and an end to female genital mutilation.

So far it has been signed by 49 African nations and ratified by 42, although Tunisia, Sudan, Kenya, Namibia and South Africa have expressed reservations about some of the marriage clauses and Egypt, Kenya, Sudan, South Africa and Zambia have concerns about the protocol’s content on judicial separation, divorce and the annulment of marriages. Of the 55 African Union countries, only Botswana, Egypt and Morocco have neither signed nor ratified the protocol.

75 pivotal public policies: UN convention on the rights of the child