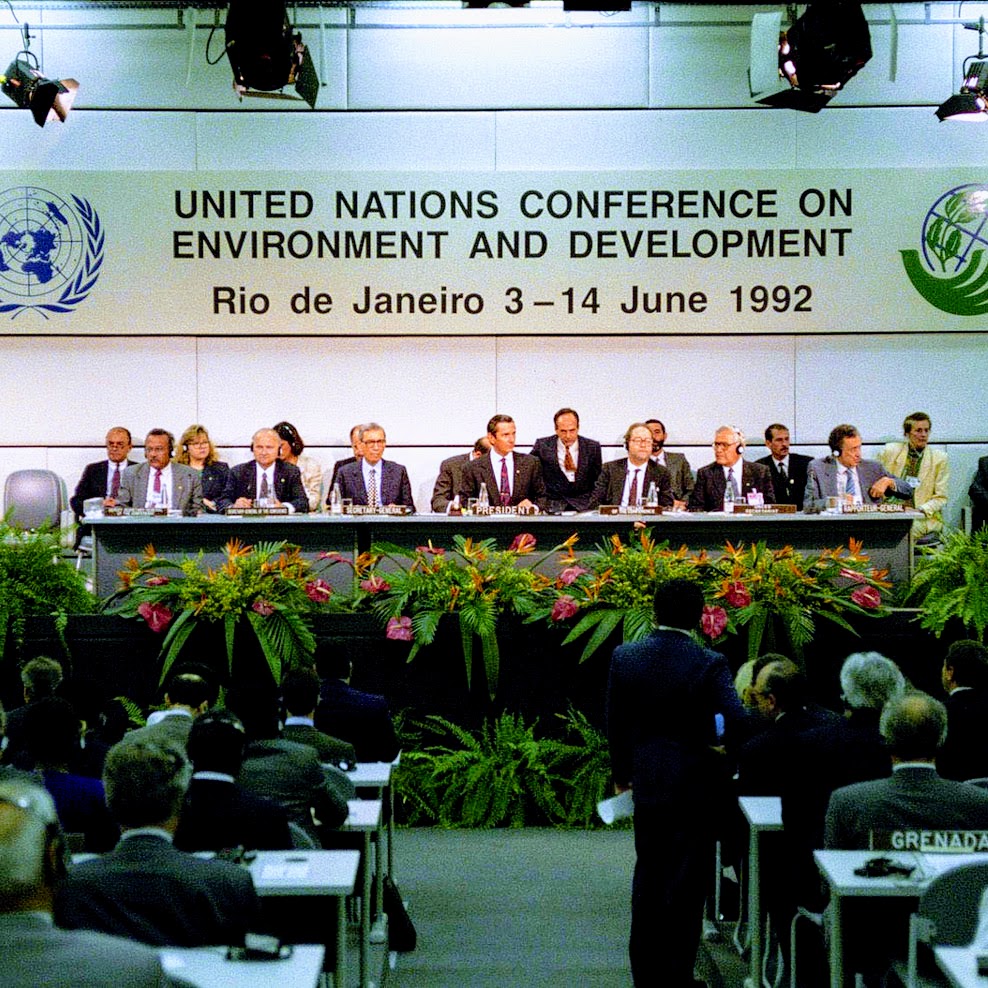 The 1992 Earth Summit in Rio was a breakthrough moment for international governmental efforts to tackle global warming—though as climate change deals continue to do, it fell well short of what was needed. The UN Framework Convention on Climate Change was one of three sister Rio conventions, the others addressing biodiversity and desertification.

Subsequent action has focused on the annual Conference of the Parties (COP) held to agree to commitments to stabilize the concentration of greenhouse gases in the atmosphere.

The 1997 COP meeting led to the Kyoto Treaty, requiring developed nations to cut carbon emissions by an average of 5% below 1990 levels. However, this did not make the same demands of China, India and other developing countries and received only temporary backing from the US, which signed it in 1998 but never ratified the treaty, and later withdrew its signature.

The COP 21 Paris Agreement of 2015 superseded Kyoto as the most significant global climate change accord, requiring all signatory nations to make emission-reduction pledges. The stated goal of these actions was to prevent average global temperatures from increasing to 2 degrees C above pre-industrial levels, though the reality is that they did not go far enough. The Paris agreement also set the goal of global “net zero” carbon emissions.

The US withdrew from the Paris agreement in November 2020 but is rejoining under President Biden’s administration.