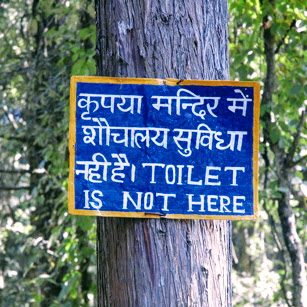 Following his election as Prime Minister of India in 2014, Narendra Modi launched Swachh Bharat (“ensuring cleanliness”), a major drive to improve national cleanliness and hygiene standards. At its heart was a gargantuan effort to build millions of public toilets in order to end the long-running practice of defecating in open fields.

This required not only a lot of physical building work, but also cultural change. Open-air defecation was actually considered by many (mostly poorer) Indians to be more hygienic than Western methods, given that the practice was intended to dispose of human excreta as far away from the home as possible.

In October 2019, Modi declared the nation free of open defecation, having built 110m toilets for use by more than 600m people in just 60 months. “The world is amazed”, he said on the 150th anniversary of Mahatma Gandhi’s birth. “No-one was ready to believe earlier that India will become open defecation-free in such a short period of time. Now it is a reality.”

Critics have countered that these statistics are misleading and that open defecation has not in fact been eliminated across India. The Research Institute for Compassionate Economics complained that Modi’s government spent too much time building toilets and too little on ensuring they were actually used and maintained. Yet there can be no doubt that the number of people openly defecating, estimated by Unicef before the campaign at 620m, is now substantially lower, and is resulting in significant health benefits and reductions in child mortality.