75 Pivotal Policies That Have Me Our World Better 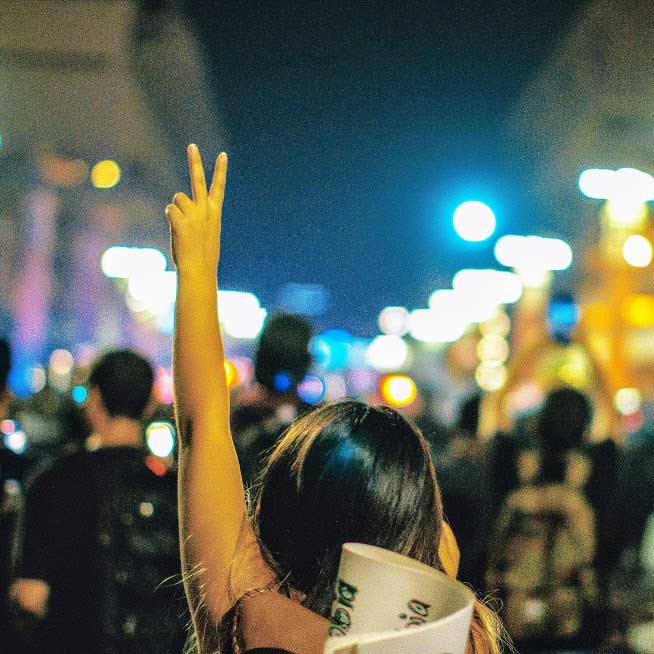 It may not feel like it right now, but in many ways the world has become a much better place in the past 75 years. Yes, we face huge challenges everywhere we look – from the health and economic consequences of the Covid-19 pandemic to the looming existential threat of climate change that have rightly got our leaders talking about the need for a “great reset” and to “build back better”. But one big reason to be optimistic that we can rise to these challenges is that we have done so before, putting humanity back on a path of progress for the many following the devastation of the Second World War.

The key to this was policymaking that worked, implemented by public servants committed to building a better world. We need both of these again today: policies that work, and people to do the hard work of implementing them. Driving Change was founded “to inspire the recommitment to public service that the world needs now.” To encourage us all in the great endeavors that lie ahead, we decided to publish our list of the 75 “pivotal policies” of the past 75 years – starting with our Top 12 policies (below).

Some of our choices will be controversial, no doubt, especially what made it into the Top 12. Defining a pivotal policy is art, not science. We picked policies that we believe put the world on a better path. But there is room for debate about how to credit a policy with impact and even what is meant by “policy” – especially as the process of delivering human progress is less and less just about government passing laws and shaping public spending and increasingly the result of multi-stakeholder interactions between government, business, the non-profit sector and the rest of civil society and the citizenry.

Our north star is the United Nations Sustainable Development Goals. Though they lack the poetry of “I Have A Dream”, the “Global Goals” do a good a job of framing a set of broad, widely shared aspirations for humanity to achieve by 2030. Our yardstick for measuring how the world is doing is the Social Progress Index, which has generally been rising over the years, but has stuttered lately in several significant countries, not least the United States. To get a sense of the scale of the challenges we now face, according to the SPI the pandemic has made the world even further off track on the SDGs, which if the disappointing current trends continue (and they mustn’t be allowed to) will be at least 60 years late in being achieved, sometime around 2092.

Some of our selections of pivotal policies highlight the first use of a policy that later caught on widely; others are significantly more because they encapsulate for the first time the mainstreaming of a new aspiration for the betterment of humanity – even if the achievement of it remains far off in much of the world. In some cases, we have taken sides on issues where we recognize that sincerely held but profound disagreements remain – on the right to abortion, or to marry the person of your choice, or, on the economic front, privatization versus nationalization. We have largely ignored national foreign policy, as too many of the most significant moments have been at best zero-sum, and too often net negative. We also recognize that even when we think a policy has been pivotal, its execution may have been far from perfect. There is much that has been done that can still be greatly improved upon.

To you, our readers, we ask: what have we left off our list of 75 that should be there? And which policies would be in your Top 12? Our hope is that our selection will foment a helpful discussion about what constitutes good and bad policy and what processes are needed to produce it. As policy is constantly evolving and the areas it needs to encompass are ever-broadening, the requirement for a talented cadre of policy-making recruits to shape and direct it has arguably never been greater. So let’s have a conversation, and as we do so, learn crucial lessons from our predecessors about how we can bring about the next generation of pivotal policies that our world desperately needs.

In chronological order, here are our Top 12 Pivotal Policies of the Past 75 Years. The full list of 75 is available here. Click on the links to read an article explaining why each policy was chosen.

1945: Creation of the United Nations

Out of the ruins of a devastating world war, an institution designed to avoid a repeat. The UN has been far from perfect over the years but has certainly proved that jaw-jaw beats war-war.

What better way to celebrate winning the war than to reward a weary population with the promise of free healthcare for all who need it? Meeting this promise has been a struggle at times, but Brits remain proud of the NHS, and puzzled that not every other country has followed its lead.

Women have made many advances over the past 75 years, often through acquiring stronger legal rights to equality. But arguably none of these have been as big a gamechanger for women as the pill.

The moment when world leaders came to their senses and committed to stopping the existential threat of an out-of-control nuclear arms race.

We can debate what practical benefits there were – but it is hard to beat the symbolism of how humanity can rise to the occasion than putting one of its own on the moon. No wonder “moon shot” has become shorthand for ambitious but achievable policymaking.

Zero is possible. A powerful reminder in the depths of this pandemic that it is possible to consign a deadly disease to the history books.

Would that China had also embraced democracy and human rights. But the history of the world would have been very different without the opening up of its economy, starting in 1978 and accelerating not long after the horrors of Tiananmen Square. Certainly, there would have been a lot more people in poverty, in China and beyond.

As we confront the existential challenge of climate change, remember that countries once came together to agree to take ultimately successful action to save the ozone layer.

1993: Creation of the Internet

Sir Tim Berners Lee probably had no idea what he would unleash when he invented the World Wide Web in 1989 – and it was adopted as the global standard architecture for the internet four years later. But while there certainly have been some big downsides (such as Facebook’s impact on democracy and belief in facts), few of us would want a world without the internet.

Racism remains a vile fact of life, as the recent global expressions of support for the #blacklivesmatter movement has demonstrated powerfully. But the dismantling of South Africa’s structural racism, confirmed by the election of President Nelson Mandela, remains a beacon of hope that racism will ultimately be defeated.

The right to marry the person you love is one of the greatest freedoms, and one that has swept large parts of the world in the 20 years since the Netherlands passed its same-sex marriage law. The tragedy is that there remain many countries where that freedom is denied and being LGBTQ is still persecuted.

Certainly, there are real reasons to worry that identity cards can be abused by an intrusive state. Yet protections can be put in place. And lacking a legal identity is usually a recipe for being pushed to the margins of society, unable to access the positive benefits that the state, and often the private sector too, can provide. India’s Aadhaar Program showed that with today’s transformational technologies, nobody need be deprived of a legal identity.

Now, tell us what you think!